In a primitive camp, deep in the Peruvian rainforest, a small band of committed Christ-followers was building on a vision. It was 1946, and the Scripture translation work begun almost 30 years earlier in Guatemala by W. Cameron Townsend was expanding into South America. Since those early years in Guatemala, and later Mexico, Townsend had founded the Summer Institute of Linguistics (SIL) and Wycliffe Bible Translators (WBT) to fulfill God’s call to translate the Bible for every nation, tribe, people and language. But reaching villages in remote locations was proving difficult and dangerous. In Peru, one airplane—with a pilot on loan from Mission Aviation Fellowship—was struggling to carry the load.

“Uncle Cam,” deeply concerned for translation teams’ safety and well-being, eventually declared, “No more translators should go into the jungles of Peru until they can be assured of adequate transportation service.”

Then in 1947 Cam’s own near-fatal aviation accident gave him fresh impetus to find a better way for translators to travel and communicate. God miraculously preserved his life and the lives of his wife, Elaine, and infant daughter, Grace, during the crash of a local single-engine plane with an inexperienced pilot. Cam used his time of enforced rest and quiet while recovering from his injuries to pray over his vision for mission aviation that first took root in the late 1920’s.

In 1948, the Wycliffe Board of Directors approved his request to establish a new service committee—Jungle Aviation and Radio Service (now known as JAARS)—to provide a safety net of air service and radios for translation workers. With no financing provided, Uncle Cam and his team forged ahead and conducted their first organizational meeting, as one member put it, “in an atmosphere of great joy and praise to the Lord.”

God’s provision was quickly apparent. A $10,000 gift for the flying program allowed the purchase, by the end of that year, of 395 acres of land for the Yarinacocha logistics center in Peru. Little more than a decade later, the hangar there housed nine aircraft. Some were used in cooperation with the Peruvian government; some were gifts from groups who had been inspired by God to support JAARS. War-surplus radios bought at bargain prices formed the initial communications system that helped translation teams in remote locations keep in touch with their home bases.

By 1960, training, travel, and supply problems had made it clear that JAARS needed US-based headquarters. Finding the right place proved to be a challenging undertaking, but God was just getting started in pouring out his blessing on JAARS.

Four men walked the length of an abandoned cotton field south of Charlotte, North Carolina. Lawrence Routh, a Greensboro businessman, along with pilot Merrill Piper and aircraft mechanic Les Bancroft, had been commissioned to find a site for JAARS operations. Accompanying them was Henderson Belk, a Charlotte businessman who had recently encountered Christ in a Billy Graham crusade. Belk suggested that they take a look at his family’s worn-out farmland lying unused just outside the little village of Waxhaw.

When Belk offered to sell JAARS the 256 acres for the price of one dollar, Townsend’s representatives were astonished and grateful. There was just one problem. “We didn’t have one red cent,” recalled Bancroft. Fortunately, they were able to borrow the necessary dollar.

Construction began on a hangar and a dirt airstrip at the JAARS site. “We made the first radio contact with Yarinacocha, Peru, from our radio department. The townspeople of Waxhaw are almost as thrilled as we are to think that from Waxhaw we can reach to other parts of the world.”

A nucleus of personnel moved to Waxhaw and began overhauling aircraft, training pilots, and setting up radio networks for Wycliffe branches overseas. As additional workers moved to Waxhaw, the McAlister Foundation of Charlotte, facilitated by Billy Graham, donated funds to build an administration office. “Jungle Aviation and Radio Service” was officially incorporated in North Carolina in 1963 with two major departments: Aviation and Radio.

God’s unfailing provision for his work in the ensuing years brought expanded services, new programs, increased staff, and additional buildings to house it all.

In the last three years alone, the total number of aircraft in the JAARS fleet has doubled. Expansion will continue as JAARS provides transportation and communications for Wycliffe translators reaching out into new frontiers with God’s good news.

In 1977 JAARS began to explore a new avenue of translation support: the possible uses for portable computers.

The JAARS radio department has been authorized by the JAARS Board to research and develop a low-cost, portable, desktop microcomputer for translators. The unit would, in effect, replace the typewriter and would store language data, eliminating the need for the constant retyping of material which the translator now faces. Projected timetable: field testing by June 1978.

God brought together the right people with the right abilities, and in January of 1978 Dr. Joe Grimes and a team from Cornell University, where Grimes was a professor, demonstrated a prototype machine. Jim Baptista, then executive director of JAARS, pronounced it “mind-boggling,” and wondered, “How can we measure the value of getting the Scripture to people five or ten years sooner?”

Avionics (aircraft radio), communications, word processing and data processing are playing an increasing role in Wycliffe work, making Bible translation more efficient. Pray for the JAARS radio department at Waxhaw as it responds to the growing demand for training and field support.

In April of 1982 founder Cameron Townsend, who had spent his later years with wife, Elaine, in their home near JAARS, was promoted into glory.

Our beloved Uncle Cam has been called home by the Lord. … His God-Given vision for the Bibleless tribes and his strong conviction that every man should have the opportunity to read God’s Word in his own language spawned Wycliffe Bible Translators, its sister organization the Summer Institute of Linguistics (SIL), and servant to both, Jungle Aviation and Radio Service (JAARS).

A year after Townsend’s death, plans were announced for a major new facility at the JAARS Center. The W. Cameron Townsend Building was completed in early 1988 with generous financial gifts and many hours of volunteer labor. This building is the cornerstone of the JAARS Center. Every Tuesday morning, staff and volunteers meet there to worship, pray, encourage one another, and learn what God is doing around the world. Prayer groups use their lunch time to meet in smaller sections of the dining room to intercede for particular language groups and the teams who work with them to share God’s Word in the way that reaches their hearts best.

The JAARS leadership team soon began researching additional solutions to transportation problems in regions with poor roads and difficult terrain. “Jungle Aviation and Radio Service” officially changed its name in 1985 to JAARS, Inc. in order to better represent the multiple services in transportation, technology, training, and media it was now providing.

JAARS, long noted for its air service, is initiating a program to meet surface transportation needs for Bible translators in Eastern Africa. … [T]he program will begin with four-wheel-drive vehicles and a maintenance facility in Eastern Zaire. “The need is acute,” says Eastern Africa Director Hans-Juergen Scholz. “We hope to place 45–50 new translation teams in the next five years.”

In a growing sense of global mission, JAARS explored the possibility of connecting its overseas operations with a new messaging system called “electronic mail,” using a PC computer with a modem connecting the computer to phone lines. Burkina Faso, Africa, was chosen as the test site and equipment was installed in April 1992. The test was a resounding success—turnaround time for a message was a mere 48 hours.

Soon the newly reorganized Computer and Communication Services was outgrowing its home and ability to function. When, in 1997, the JAARS Board of Directors authorized construction of a 30,000-square-foot building at a projected cost of $2.1 million, no one knew where the money and workers would come from. But by God’s grace and generous gifts of funds, donated labor, and materials provided at no cost or reduced price, the Language Services Center was completed in less than two years—and under budget. From this hub Bible translators here and around the world continue to receive the tools, training, and technical support they need to finish the task.

Cameron Townsend’s legacy of faith-based action emboldened JAARS leaders in 2004 when they committed to a “God-sized” venture: the Kodiak Project. The aging piston-engine aviation fleet was dependent on avgas, a fuel type that was becoming increasingly expensive and difficult to obtain. The answer was to move to turbine aircraft, such as the newly developed Kodiak.

The Kodiak, designed with missions flying in mind, operates on jet fuel, which is cheaper and more readily available. It also boasts increased weight and cargo capacities, superior engine performance, and better maneuverability. Ten Kodiaks were proposed at a projected cost of $13 million. Moreover, quick action was required to secure the first aircraft with a deposit of $175,000. JAARS partners were trusting God for big things.

God began answering almost immediately through the single gift of $225,000—along with a heartfelt note from the donor thanking then-president Jim Akovenko for “allowing me to invest in missions.” Like so many of our prayer, financial, and service partners, this contributor had a heart for Bible translation, but had never been called to go to the mission field. By partnering with JAARS to support Scripture translation, those who contribute their time, prayers, and finances share in experiencing the transformative power of God’s Word.

Because of your prayers and gifts to the Aviation Fleet Renewal project, Kodiak #008 is fully funded and scheduled for delivery to Papua New Guinea next summer. This airplane will be our first Kodiak in service on the mission field.

In the last month alone, Global Technology and Information Services, operated by our SIL partners in the Language Services Center at JAARS, responded to 956 requests for IT assistance from around the globe. The old McAlister Administration Building now houses SIL’s International Media Services, where audio and visual Scripture is produced and workers are trained to reach cultures who do not read or write. Over the past five years (2013–2017), God has blessed JAARS with the capacity to provide technology, transportation, and media solutions for 774 language communities in 33 countries, serve 49 partner organizations, and train 1,447 people. More than 600 JAARS, WBT, and SIL staff members and volunteers serve translators across the globe from a formerly abandoned cotton field in North Carolina.

We look forward with great anticipation to see what God will do next. 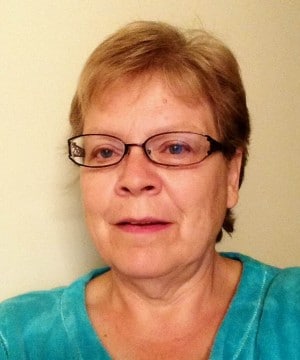