The Dreamer vs the Schemers 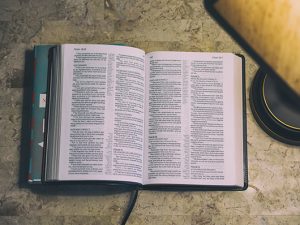 This series of devotions from the life of Joseph is featured in our Expressions of Hope newsletter. You can subscribe here, or view the full devotional series here.

As a kid, what did you dream of becoming? Any dreams turn into reality? What do you now dream about doing or becoming? Do your dreams function as a healthy life review, or as more wishful thinking?

Since COVID-19 arrived, any weird dreams for you, even recurring nightmares?

In recurring dreams this season I am overseas, canvassing the destruction, witnessing death all around, and hearing people speak a strange language. In one dream, I experience back-to-back tsunamis—in the first wave I am tossed high and almost drown, but in the second I follow the locals, hunker down, and hold onto secure scaffolding.

In another dream I experienced cheering fans, marching music, a crescendo of song, an SRO crowded shoulder to shoulder, from pillar to post, from plaza floor to stacked balcony, one atop another. Nothing but pure youthful energy. God’s Army standing in all kinds of stripes and colors. I was stunned into silence and awe. I was craning and swiveling my neck to take it all in, to find familiar bearings. But in awesome wonder I could scarce take it in.

Joseph, too, experiences dreams that force him far afield, to suffer a world that tosses him upside down and locks him up. He’ll learn to interpret dreams and foreign languages. Two decades later, in real life, those dreams come true: Good overcomes Evil and injustice. But not before Joseph makes a serious mistake.

First, he boasts to his older brothers when he should’ve kept the dreams to himself:

“Listen to this dream I had: We were binding sheaves of grain out in the field when suddenly my sheaf rose and stood upright, while your sheaves gathered around mine and bowed down to it.”

His brothers said to him, “Do you intend to reign over us? Will you actually rule us?” And they hated him all the more because of his dream and what he had said.

Then he had another dream. … “This time the sun and moon and eleven stars were bowing down to me.” When he told his father as well as his brothers, his father rebuked him (Genesis 37:7–10).

The angry brothers seize “the dreamer” in a field 60 miles outside the protective custody of their father Jacob. To silence their baby brother for putting them down and puffing himself up, they take his multicolored dreamcoat and stuff him down a cistern. But rather than let him die there, they sell him to a caravan of slave traders bound for Egypt (Genesis 37:17–28).

He’s down for the count—or so the schemers think.

Joseph’s world is turned upside down—much like ours in the COVID-19 era. To Egyptians, he’s low man on the totem pole; his privileged family connections mean nothing. Joseph has only God and dreams to rely on. But that’s enough.

Those dreams at first seem absurd and unfold badly for him but are destined to be fulfilled.

Joseph will be raised up and his brothers brought low (Genesis 42:6; 43:26; 44:14), as God undoes the injustice done to Joseph to solve a worldwide famine.

Joseph’s rise to the top would not be quick or painless. Rather, he suffers as a slave, a forgotten inmate, as an unreconciled brother—and as a dreamer.

In scary, uncertain times, God gets down-and-dirty that we might get up, turn-around, and get going. Just as those God-moments for Joseph equip him to be the future Prime Minister of Egypt, they can encourage us to believe: “We will get through this!”

We all have a certain destiny from God; Joseph knew his by trusting God to speak through dreams—God’s language when Scriptures are not available. How do you suppose God might use your present circumstances, the Joseph story, and related dreams for long-term good?

Dietrich Gruen writes staff spotlights and devotionals for JAARS. He currently lives in Madison, WI, where he is a freelance writer and benevolence fund coordinator for a church serving those displaced and impoverished by COVID-19.