Grace and Truth Revealed by Testing

This series of devotions from the life of Joseph is featured in our Expressions of Hope newsletter. You can subscribe here, or view the full devotional series here.

If you’ve ever hesitated to reunite with an estranged loved one or cross a bridge over troubled waters to a new opportunity, then you can identify with the quandary facing Joseph. Having chosen reconciliation over revenge, Joseph tests the waters before going all in. He still wants to hide his Hebrew and familial identity and test his brothers’ resolve to reconcile. Reconciliation, as we see in Genesis 44:1–45:15, requires vulnerability, humility, repentance—and measures of grace! 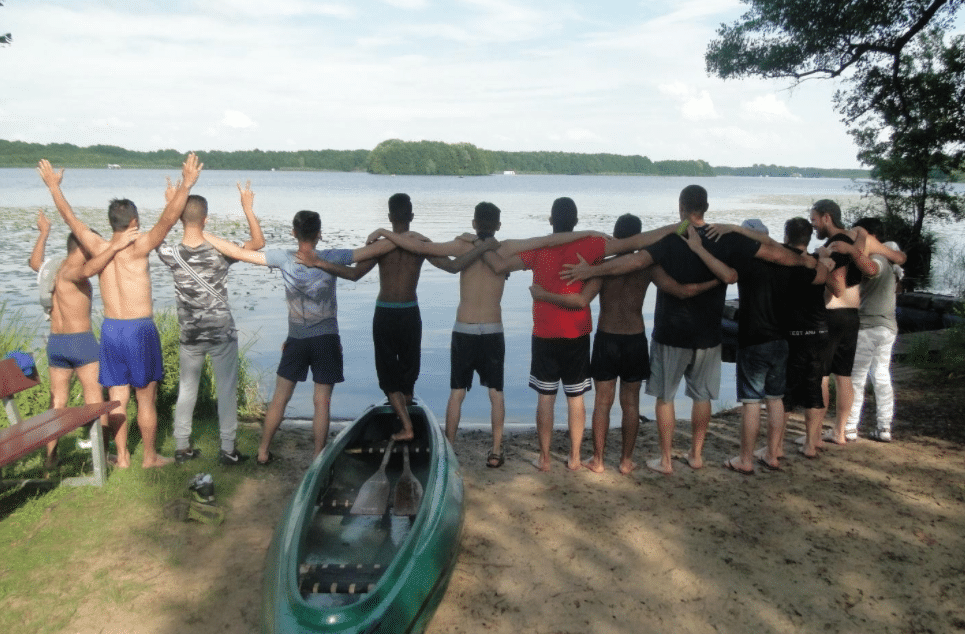 As we put ourselves into this most revealing story, remember: it is not brother Joseph, but Christ, our brother, who lavishes one and all with undeserved grace. Still, Joseph is a type of Christ, a foretaste of the Deliverer to come. Note these parallels and stark contrasts:

To fully appropriate grace for ourselves and channel such grace to those who have wronged us, we turn attention away from what others have done to us and realize what he [Jesus, not Joseph] did for us. Joseph—in being tested and making tests—is a model to learn from, but Jesus is our model to lean on.

Test #1: Silver in the Sack (Genesis 44:1–17). Joseph remembered/knew his brothers to be self-centered and cruel. To see if they had developed a more God- and other-centered outlook, Joseph designs a simple test. He has his butler reimburse all funds paid, add extra grain and provisions in the brothers’ sacks—and place Joseph’s prized silver cup in Benjamin’s.

Tada! The trap is set. Joseph wants them to feel angst over events they cannot control or explain.

At some checkpoint, Joseph’s steward, accompanied by guards, again accuses the brothers—the first time of spying, this time of stealing. In panic, they deny all charges; they have no reason to steal from one so generous. When Joseph’s prized cup—the one used for divining God’s will—turns up in Benjamin’s sack, the brothers fear the worse. Grief-stricken, they do the extraordinary. All agree to return and face punishment—with Benjamin—rather than abandon a baby brother—as they had once done to Joseph.

The brothers fall prostrate at Joseph’s feet and plead guilty—fulfilling Joseph’s dream (37:5–10). Their heartfelt confession was 20 years in the making. Joseph could now see God tenderizing their hearts.

Test #2: Brother for Brother (44:18–34). After getting the confession he had wanted, Joseph still doesn’t reveal himself. Hmmm …. Why keep up the ruse and threaten to enslave Benjamin?

Still insecure, Joseph has one more test question: Would they be loyal to Truth, no matter the cost? Or to self-interest, manipulating with lies and half-truths?

To find out, Joseph places Benjamin in a situation like the one he himself had suffered 20 years earlier. Now Joseph wonders: Will they stick with Benjamin and the truth of their complicity and Joseph’s prominence? Or will they lie to Jacob—making up stories of another son “lost” to the family?

Passing the test reveals grace and truth (45:1–15). The brothers, led by Judah, see God’s hand in their lives and agree to stay behind for their baby bro. Realizing they had matured, Joseph is overwhelmed with tears of relief and joy. Such selfless virtues have also been cultivated in Joseph. So now he “comes out” to his brothers.

Disavowing his game of Gotcha!, Joseph comes full circle. This time, Joseph’s identity and God’s grace are displayed in truth, as he takes the cover off the game he’s been playing.

He greets their guilt with grace, their fear with love, their anxiety with hugs and tears. “I am your brother Joseph, the one you sold into Egypt! And now, do not be grieved or angry with yourselves for selling me here, because it was to save lives that God sent me ahead of you.” Our God reigns.

As with Joseph, perhaps we can understand God’s will best in retrospect. By looking back, perhaps through journaling or blogging, we capture the meaning of crucible moments. Remembering and noticing how God has worked enlightens the path forward.

Dietrich Gruen writes staff spotlights and devotionals for JAARS. He currently lives in Madison, WI, where he is a freelance writer and benevolence fund coordinator for a church serving those displaced and impoverished by COVID-19.