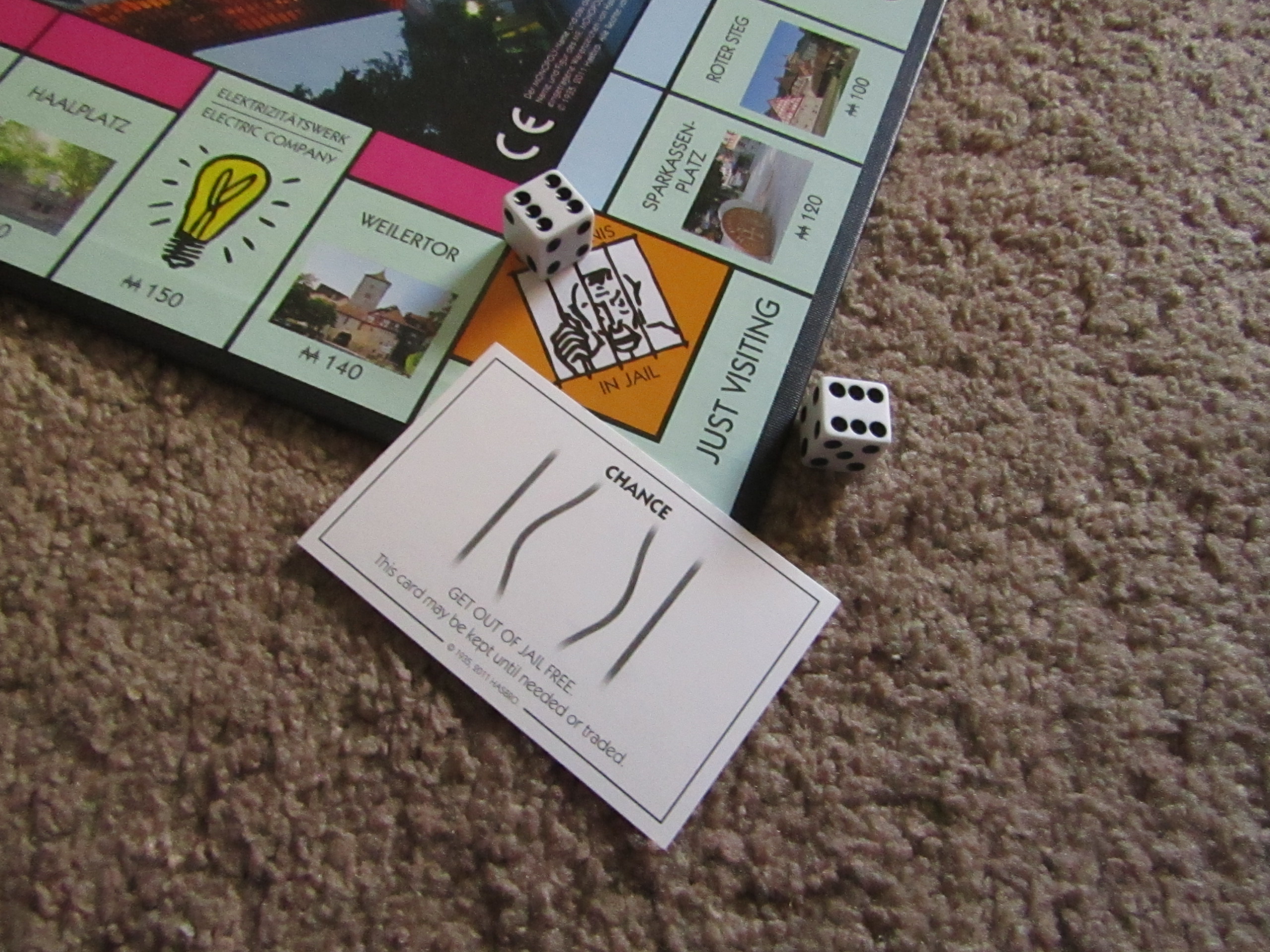 You Will Be Free Indeed

Have you ever been playing Monopoly…(having finished a game is optional, I’m just asking if you’ve played)…have you ever been playing Monopoly and you or someone else draws a “Get out of Jail Free” card?  It’s so exciting when you draw the “Get out of Jail Free” card because you know that when you inevitably land in jail, you don’t have to pay the fine!  However, so often when we get that card, we’re excited at first, but then when we land in jail we insist on trying to roll doubles first so we can prove that we don’t need that “Get out of Jail Free” card because we can get out of jail free on our own.  It’s just a game, and yet it is a good example of what we so often do with the gift of salvation.

God has essentially given us this “Get Forgiven for Sin Free” card that we have at our disposal to accept or deny, and how often do we insist on trying to be “good enough” on our own first!  Jesus is right there wanting to forgive us freely, but we insist on trying to “roll doubles” by living a morally perfect life, but that’s never going to happen!  The probability is even lower than rolling doubles in Monopoly, it’s impossible!  The ONLY way to be forgiven of our sins is to accept the “Get Forgiven for Sin Free” gift that God is offering us.  In Monopoly, you can end up back in jail later, and that’s often why people try to save their “Get out of Jail Free” card, but the good news is that God’s gift of salvation is forever and “If the Son has set you free, then you will be free indeed!”