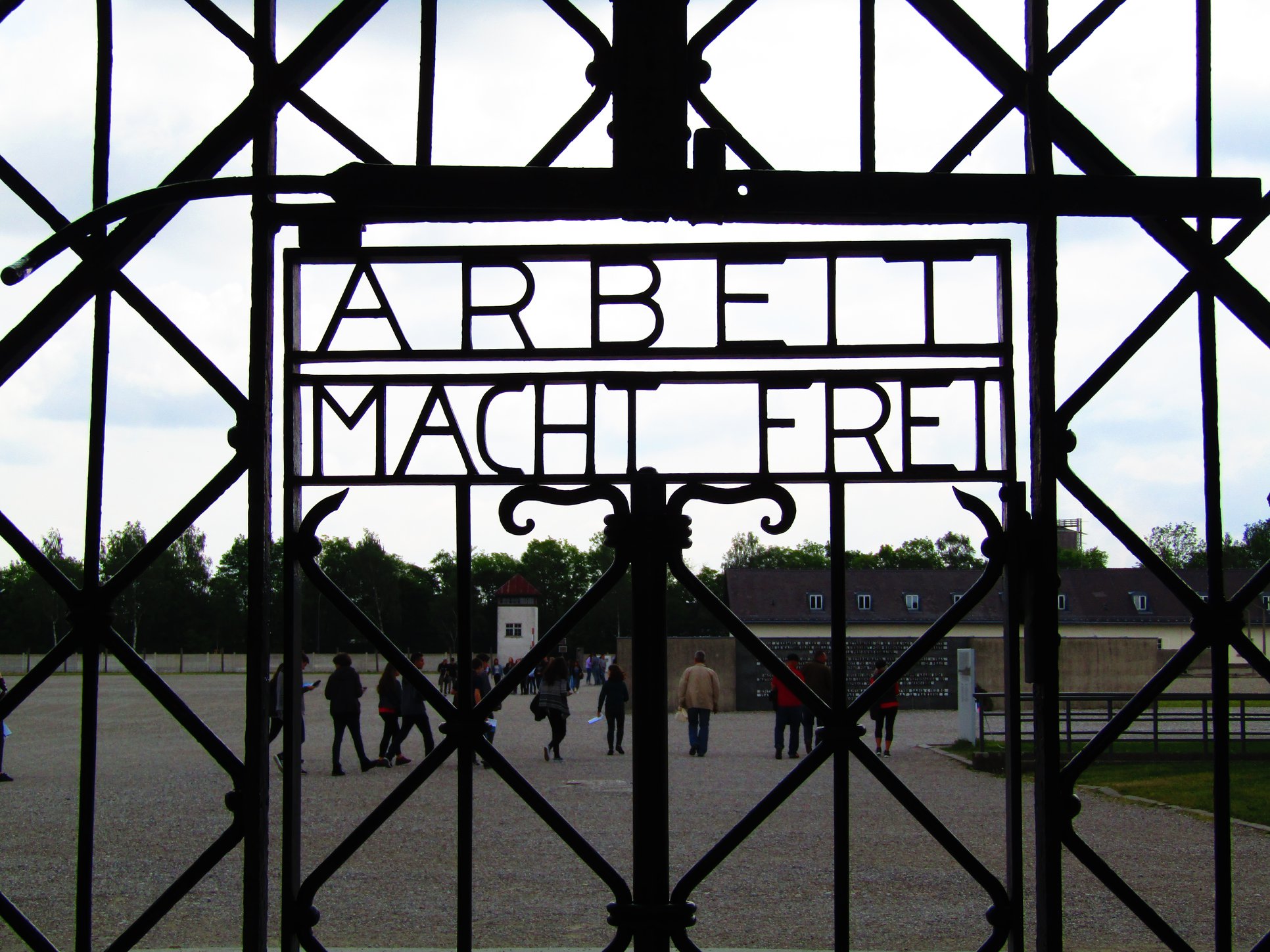 For by grace you have been saved through faith. And this is not your own doing; it is the gift of God, not a result of works, so that no one may boast. (ESV)

“Arbeit Macht Frei,” that’s what the gate reads as you enter Dachau, the WWII concentration camp in Munich, Germany.  In English it translates to “work sets you free.”  Looking back on history and all that happened there we know that to be a lie, but the people taken prisoner in that camp were told that if they worked hard enough then eventually they would be set free.  However, in reality they were taken in to work for a while in terrible conditions until the Nazi leaders decided they were done with the people.  Then, they would take them into a gas chamber disguised as a shower house and commit mass genocide to unsuspecting prisoners.

The enemy in WWII used this lie to control the minds and actions of their prisoners.  Similarly, Satan uses those lies to control people whom he wants to destroy.  He tries to convince us that if we just work hard enough we will find salvation, but that is a lie that leads straight to death!  God makes it clear in his word that it is by grace that we are saved and not by works.  If we listen to Satan, we will find ourselves blindly walking into death thinking that we will be washed clean, but really dying a miserable death like the prisoners in Dachau who walked into a gas chamber thinking it was a shower house.

At the end of WWII the Allied troops came in and liberated the remaining prisoners in the concentration camps.  They threw open the gates and let the prisoners go free, and it would have been absolutely crazy if anyone chose to stay.  In fact, it’s unfathomable that anyone would want to stay once the truth had been made known to them.  They were living lives controlled by a lie, and when the truth was known they all felt the relief of freedom.  The relief that they were alive and were now able to live freely, not at risk of one day meeting death because they weren’t working hard enough.  So are you finding yourself imprisoned to Satan’s lies?  Or have you let the truth set you free as Jesus promised that it would in John 8:32?  The truth that Jesus paid the price so that you can live freely serving him, no longer having to work for freedom, but simply being granted freedom by his sacrifice.  Jesus has thrown the prison gates open wide, and we’re crazy if we choose to stay!