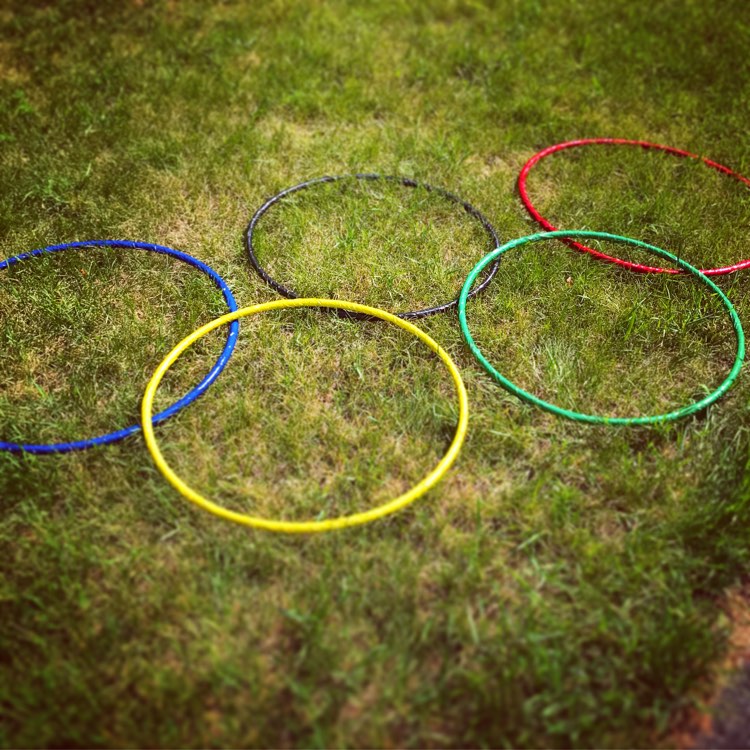 Aim for the Prize

Do you not know that in a race all the runners run, but only one receives the prize?  So run that you may obtain it.  Every athlete exercises self-control in all things.  They do it to receive a perishable wreath, but we an imperishable.  So I do not run aimlessly; I do not box as one beating the air.  But I discipline my body and keep it under control, lest after preaching to others I myself should be disqualified.  (ESV)

The Olympics are back!  I’m so excited; I LOVE the Olympics!  I don’t know why, because I’m not athletic at all and there’s no chance I will ever stand on one of those podiums and receive a gold medal.  However, as a believer, I’m competing in the Olympics of life and one day I have the chance to stand before my God and hear him say “well done, good and faithful servant” (Matthew 25:23).  In fact, we all have that chance, and Paul, who lived at the time of the ancient Olympics and the Isthmian games (second in importance only to the Olympics), used these competitions as an analogy of the Christian life.

He was reminding believers that to live a Christian life is as challenging and requires as much self-control as an athlete needs in order to do well in their sport.  You see, athletes aiming to compete in the Olympics, even those who wished to compete in the ancient Olympics, are required to abstain from eating certain foods or participating in certain activities in order to best prepare their bodies for the challenge ahead.  They also would spend every moment of their day preparing for the challenge even though this meant missing out on some fun things that they probably would’ve loved to do!

Also, I think it is significant that in the Olympics people are representing their country.  Some people who are from multiple countries have to choose one or will choose to compete independently, but they still represent someone.  We, as believers, represent Christ.  And just like those athletes, our actions reflect on the one we represent.  If an athlete in the Olympics wins, it brings honor to their country.  If they commit some sort of scandal, it reflects poorly on their country and brings public shame.  As we go through our lives, we should remember who we represent and demonstrate self-control so that we bring honor and glory to our God, and so that we do not stumble and bring shame to him.  We want those watching us compete to glorify God, not look on him with disgust because we represented him poorly.

So, who will you represent?  If you choose to represent God, don’t be lazy in your Christian life.  Rather, aim for the prize and work hard so that those who look on will see your life and praise God, and so that when you stand before the throne on judgement day you will hear, “well done, good and faithful servant.”